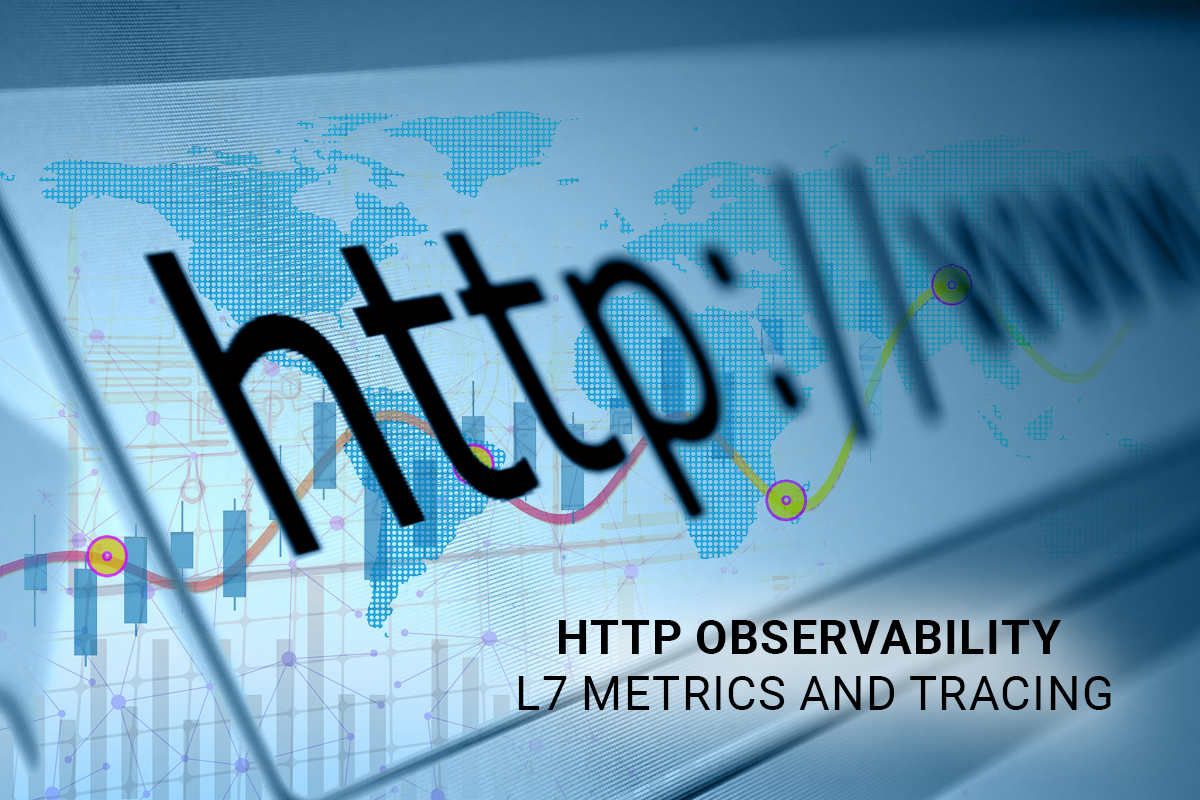 Apache SkyWalking is an open-source Application Performance Management system that helps users collect and aggregate logs, traces, metrics, and events for display on a UI. In a previous article, we introduced how to use Apache SkyWalking Rover to analyze lower-level (Layer 4) network performance issues in a service mesh environment. Since modern applications often use mature Layer 7 protocols, such as HTTP, for interactions between systems, it’s important to be able to quickly troubleshoot issues at Layer 7, as well. In this article, we will discuss how to use eBPF techniques to analyze performance bottlenecks of Layer 7 protocols and how to enhance the tracing system using network sampling.

This article will show how to use Apache SkyWalking with eBPF to enhance metrics and traces in HTTP observability.

HTTP is one of the most common Layer 7 protocols and is usually used to provide services to external parties and for inter-system communication. In the following sections, we will show how to identify and analyze HTTP/1.x protocols.

In HTTP/1.x, the client and server communicate through a single file descriptor (FD) on each side. Figure 1 shows the process of communication involving the following steps:

To obtain HTTP content, it’s necessary to read it from the second step of this process. As defined in the RFC, the content is contained within the data of the Layer 4 protocol and can be obtained by parsing the data. The request and response pair can be correlated because they both occur within the same connection on each side.

HTTP pipelining is a feature of HTTP/1.1 that enables multiple HTTP requests to be sent over a single TCP connection without waiting for the corresponding responses. This feature is important because it ensures that the order of the responses on the server side matches the order of the requests.

Figure 2 illustrates how this works. Consider the following scenario: an HTTP client sends multiple requests to a server, and the server responds by sending the HTTP responses in the same order as the requests. This means that the first request sent by the client will receive the first response from the server, the second request will receive the second response, and so on.

When designing HTTP parsing, we should follow this principle by adding request data to a list and removing the first item when parsing a response. This ensures that the responses are processed in the correct order.

Based on the identification of the HTTP content and process topology diagram mentioned in the previous article, we can combine these two to generate process-to-process metrics data.

Figure 3 shows the metrics that currently support the analysis between the two processes. Based on the HTTP request and response data, we can analyze the following data:

During the HTTP process, if we unpack the HTTP requests and responses from raw data, we can use this data to correlate with the existing tracing system.

In order to track the flow of requests between multiple services, the trace system usually creates a trace context when a request enters a service and passes it along to other services during the request-response process. For example, when an HTTP request is sent to another server, the trace context is included in the request header.

Figure 4 displays the raw content of an HTTP request intercepted by Wireshark. The trace context information generated by the Zipkin Tracing system can be identified by the “X-B3” prefix in the header. By using eBPF to intercept the trace context in the HTTP header, we can connect the current request with the trace system.

We have added the concept of an event to traces. An event can be attached to a span and consists of start and end times, tags, and summaries, allowing us to attach any desired information to the Trace.

When performing eBPF network profiling, two events can be generated based on the request-response data. Figure 5 illustrates what happens when a service performs an HTTP request with profiling. The trace system generates trace context information and sends it in the request. When the service executes in the kernel, we can generate an event for the corresponding trace span by interacting with the request-response data and execution time in the kernel space.

Previously, we could only observe the execution status in the user space. However, by combining traces and eBPF technologies, we can now also get more information about the current trace in the kernel space, which would impact less performance for the target service if we do similar things in the tracing SDK and agent.

To ensure efficient data storage and minimize unnecessary data sampling, we use a sampling mechanism for traces in our system. This mechanism triggers sampling only when certain conditions are met. We also provide a list of the top N traces, which allows users to quickly access the relevant request information for a specific trace.

In addition, we recognize that not all request or response raw data may be necessary for analysis. For example, users may be more interested in requesting data when trying to identify performance issues, while they may be more interested in response data when troubleshooting errors. As such, we also provide configuration options for request or response events to allow users to specify which type of data they would like to sample.

Profiling in a Service Mesh

The SkyWalking and SkyWalking Rover projects have already implemented the HTTP protocol analyze and trace associations. How do they perform when running in a service mesh environment?

When SkyWalking performs network profiling, similar to the TCP metrics in the previous article, the SkyWalking UI will first display the topology between processes. When you open the dashboard of the line representing the traffic metrics between processes, you can see the metrics of HTTP traffic from the “HTTP/1.x” tab and the sampled HTTP requests with tracing in the “HTTP Requests” tab.

As shown in Figure 7, there are three lists in the tab, each corresponding to a condition in the event sampling rules. Each list displays the traces that meet the pre-specified conditions. When you click on an item in the trace list, you can view the complete trace.

When you click on an item in the trace list, you can quickly view the specified trace. In Figure 8, we can see that in the current service-related span, there is a tag with a number indicating how many HTTP events are related to that trace span.

Since we are in a service mesh environment, each service involves interacting with Envoy. Therefore, the current span includes Envoy’s request and response information. Additionally, since the current service has both incoming and outgoing requests, there are events in the corresponding span.

When the span is clicked, the details of the span will be displayed. If there are events in the current span, the relevant event information will be displayed on a time axis. As shown in Figure 9, there are a total of 6 related events in the current Span. Each event represents a data sample of an HTTP request/response. One of the events spans multiple time ranges, indicating a longer system call time. It may be due to a blocked system call, depending on the implementation details of the HTTP request in different languages. This can also help us query the possible causes of errors.

Finally, we can click on a specific event to see its complete information. As shown in Figure 10, it displays the sampling information of a request, including the SkyWalking trace context protocol contained in the request header from the HTTP raw data. The raw request data allows you to quickly re-request the request to solve any issues.

Zipkin is one of the most widely used distributed tracing systems in the world. SkyWalking can function as an alternative server to provide advanced features for Zipkin users. Here, we use this way to bring the feature into the Zipkin ecosystem out-of-box. The new events would also be treated as a kind of Zipkin’s tags and annotations.

To add events to a Zipkin span, we need to do the following:

Figures 11 and 12 show annotations and tags in the same span. In these figures, we can see that the span includes at least two events with the same event name and sequence suffix (e.g., “Start/Finished HTTP Request/Response Sampling-x” in the figure). Both events have separate timestamps to represent their relative times within the span. In the tags, the data content of the corresponding event is represented by the event name and sequence number, respectively.

In this section, we demonstrate how to perform network profiling in a service mesh and complete metrics collection and HTTP raw data sampling. To follow along, you will need a running Kubernetes environment.

SkyWalking Showcase contains a complete set of example services and can be monitored using SkyWalking. For more information, please check the official documentation.

In this demo, we only deploy service, the latest released SkyWalking OAP, and UI.

In figure 13, we have selected an instance with a list of tasks in the network profiling tab.

Each rule has three parameters to determine if sampling is needed:

Once the sampling configuration is complete, we can create the task.

After a few seconds, you will see the process topology appear on the right side of the page.

When you click on the line between processes, you can view the data between the two processes, which is divided into three tabs:

In this article, we detailed the overview of how to analyze the Layer 7 HTTP/1.x protocol in network analysis, and how to associate it with existing trace systems. This allows us to extend the scope of data we can observe from just user space to also include kernel-space data.

In the future, we will delve further into the analysis of kernel data, such as collecting information on TCP packet size, transmission frequency, network card, and help on enhancing distributed tracing from another perspective.