Tuya Smart’s Implementation of an Enterprise-level Istio in Production

An Istio use case of Tuya Smart.

Existing challenges faced by Tuya Smart in the development process

Tuya Smart’s Front-end Core Technology Team began to contact Kubernetes in 2018 and built a Kubernetes-based release platform to serve the front-end business team. However, as the business team grew larger, some issues began to emerge in the development and release process:

Initially, we considered letting the business team make adjustments accordingly and deal with it internally. But as more of our teams experienced similar difficulties, we thought that gray release capabilities would be a better solution for these issues in the development and release process. In the daily pre-release environment, multiple branches release multiple grayscale versions, and distribute traffic to different versions according to different headers, ensuring that each feature branch has a separate instance for authentication, and does not affect each other. The online environment provides grayscale capabilities for regression testing and acts as the last line of defense for project quality.

We investigated a number of solutions and internally referred to the grayscale solutions of other teams. Due to the complexity of implementation and the diversity of capabilities, we began to deploy Istio in the production environment in early 2020. Although integration with Istio has increased the complexity of the system to a certain extent, it has also given us many unexpected benefits.

The gray release capability of the platform is built based on Istio’s native resources, VirtualService and DestinationRule.

The figure below shows the configuration information. 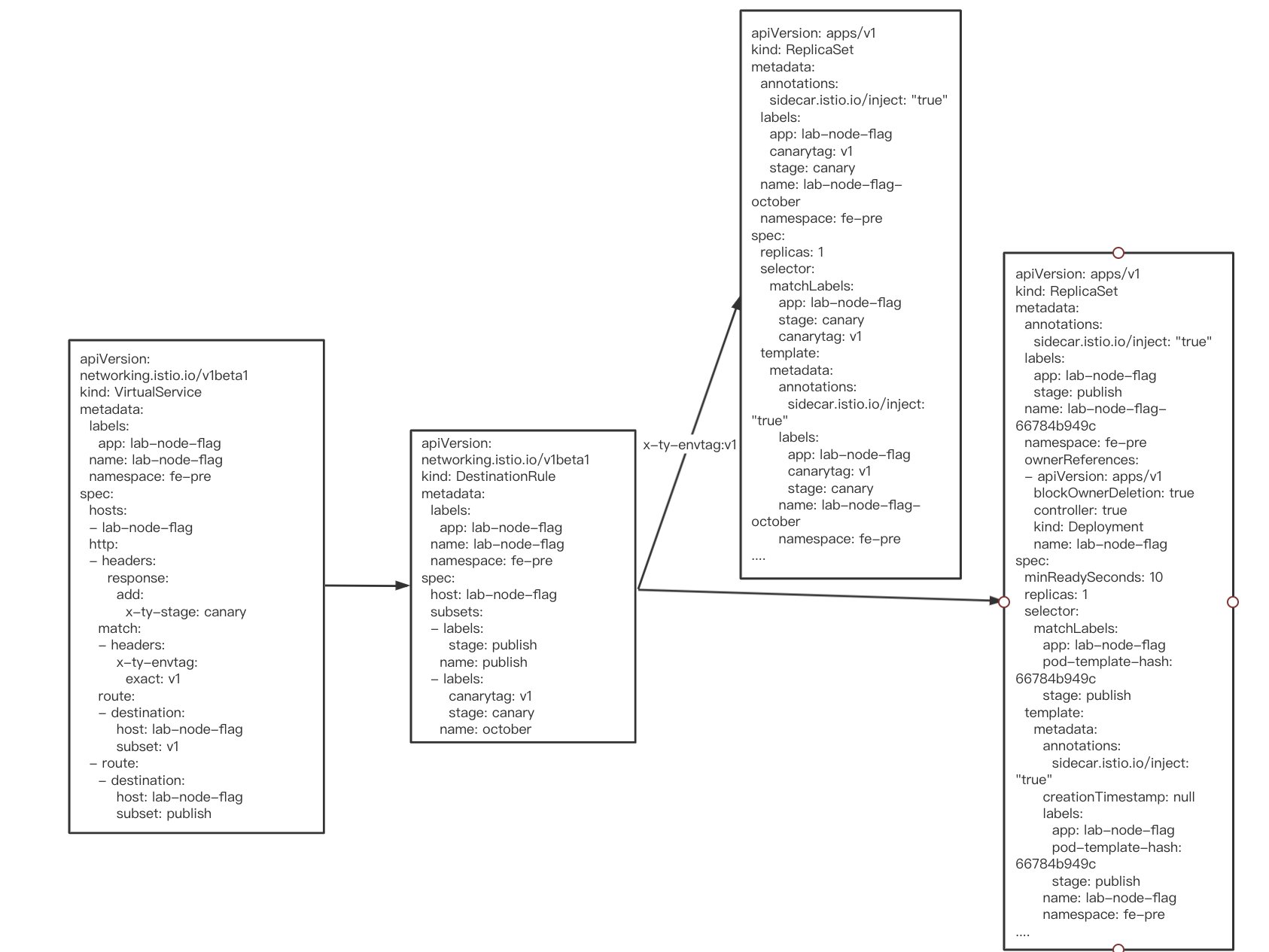 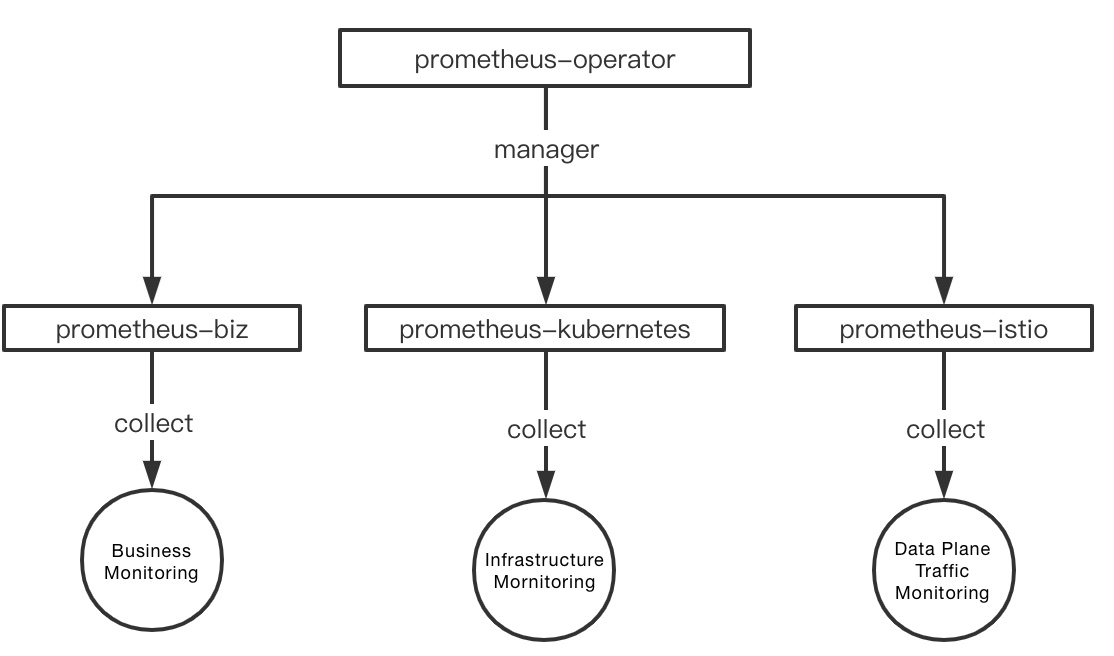 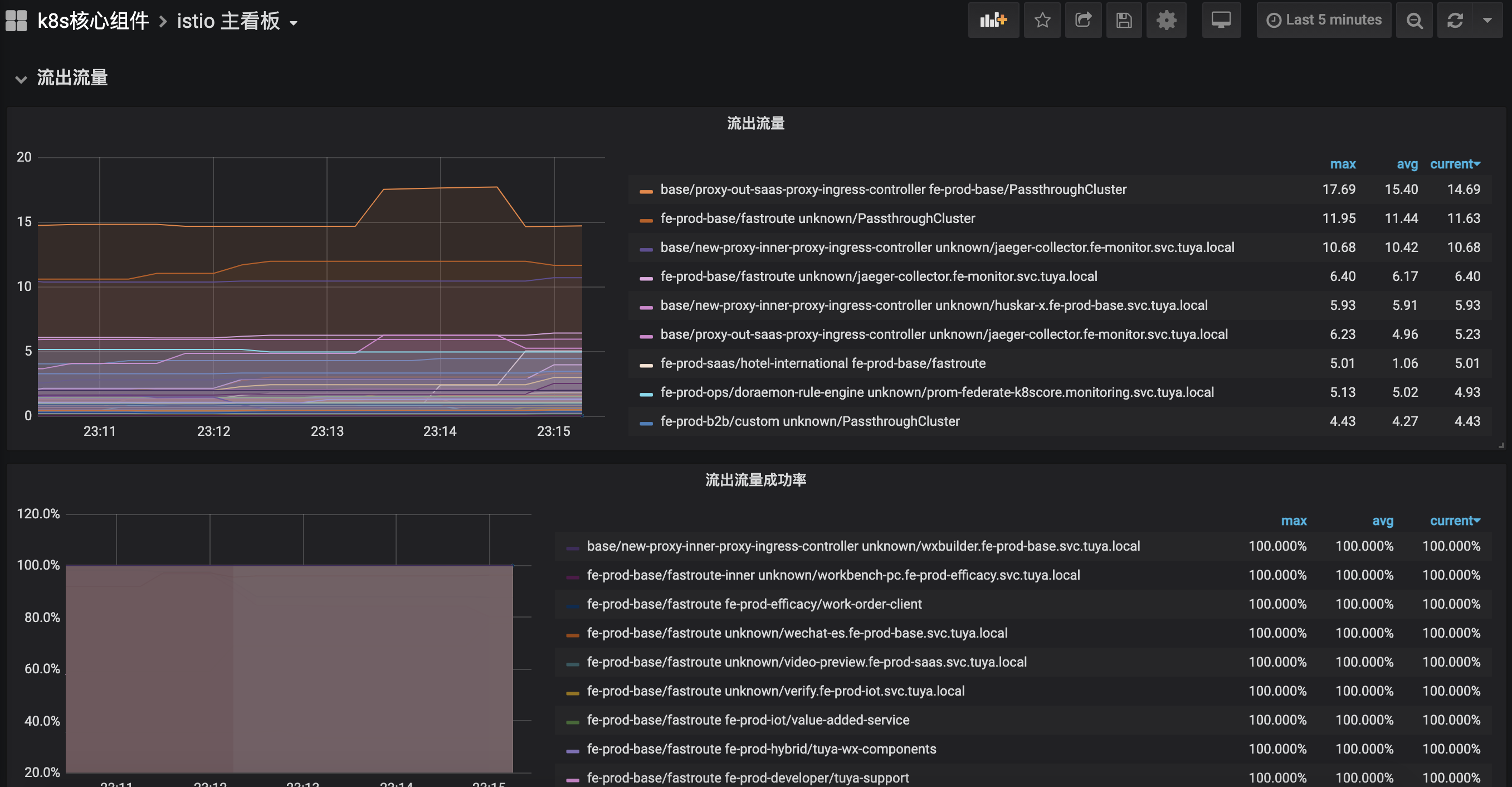 Based on the current monitoring data, the corresponding alert rules are configured, and there are means to detect and discover irregularities and fluctuations in traffic, and deal with them in a timely manner. sum(envoy_cluster_upstream_cx_active{namespace!=“fe-pre”}) by (namespace, service) < 1 No available service alert

All pod instances of the largest business cluster currently online have been connected to the Istio control plane. Istio controls the overall traffic and has the ability to observe traffic.

The Tuya Front-end Core Technology Team started using Istio in early 2020. We are still exploring Istio’s extensive capabilities and its powerful scalability. In the future, we will focus on exploring and testing on two different aspects: